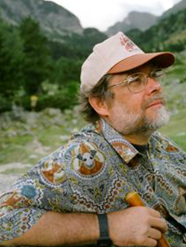 David Loy comes from both the Japanese Zen tradition and Insight. He began Zen practice in Hawaii in 1971 with Yamada Koun and Robert Aitken, and continued with Koun-roshi in Japan, where he lived for almost twenty years. He was authorized to teach in 1988 and leads retreats and workshops nationally and internationally in places such as at Spirit Rock, Barre Center for Buddhist Studies, Omega Institute, Cambridge Insight Center, Terre d’Eveil in Paris, and Dharma Gate in Budapest. David recently received an honorary PhD from his Alma Mater, Carleton College, for his years of work on socially engaged Buddhism. Check out David's new book "Ecodharma", available in January.

David’s spiritual journey began when he lived for several years in a remote valley on Molokai, Hawaii. There he fell in love with backpacking, meditating in nature, and solo wilderness retreats. David is a well-known writer, whose books and articles have been translated into many languages. He is co-editor of A Buddhist Response to the Climate Emergency (Wisdom Publications) and has written many articles and blogs on Buddhism, ecology, and activism. He is very interested in the parallels between what Buddhism teaches about our personal predicament, and our current collective environmental predicament. David's writings and videos are available at davidloy.org and at ecobuddhism.org. This will be his fifth year with Impermanent Sangha. 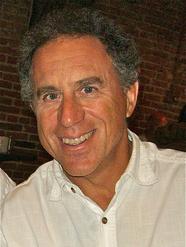 Johann Robbins  is the founder and director of Impermanent Sangha, and the Executive Director of Rocky Mountain Ecodharma Retreat Center. He is a teacher of Mindfulness Meditation, also known as Insight or Vipassana. Johann has been meditating since 1974 with a focus on Mindfulness since 1997. He was asked to teach in 2008, and has completed the two year Community Dharma Leader teacher training program at Spirit Rock. His primary teachers include Shinzen Young and Eric Kolvig (who also helped found Impermanent Sangha and taught wilderness retreats for many years before his retirement). His style is light and open, yet focused and clear.

Johann started backpacking as a teenager, and deepened his spiritual journey on solo wilderness trips in his teens and twenties. His passion is teaching spiritual practice in nature, and he has guided and taught wilderness retreats in various traditions for almost 30 years, including being a Vision Quest guide in the late 1990's. Johann founded Impermanent Sangha in 2002 and has led dozens of nature meditation retreats since then, including backpacking, camping, canoeing, and rafting.

Johann also offers a variety of meditation classes, daylongs, and weekend retreats in Boulder. To find out more or join his Boulder email list go to BoulderMindfulness.org. 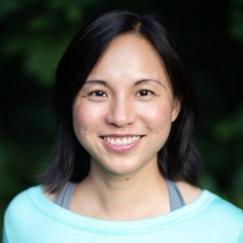 Impermanent Sangha is a small non-profit dedicated to offering meditation retreats in nature and wilderness. One of a handful of such groups in the U.S., our organization and meditation retreats are run solely on a donation (Dana) basis. No one is paid for administering Impermanent Sangha, and the teachers and most staff receive only the Dana (donations) given by participants.

Lin Wang Gordon  Over the past decade, Lin has studied insight meditation (vipassana) under the guidance of Jonathan Foust and Mark Coleman.  In stillness and silence, she discovers the transformative power of meditation to help live a life of flow, joy, grace and gratitude.

She was particularly moved by the power of nature meditation to connect with a deep sense of love, wonder, resilience, and belonging.  She graduated from Mark Coleman’s Awake in the Wild Nature Meditation Teacher Training in 2017. Since then, she has taught at Kripalu and other retreat centers around the country, has attended several programs at RMERC including the Ecodharma Training Retreat, and was enrolled in the Spirit Rock Meditation Center’s Community Dharma Leaders Program (CDL6).  She also co-hosts the Sacred Earth Sangha of the New York Insight Meditation Center. Besides meditation, Lin is a kundalini yoga teacher and a reiki practitioner, and has served on the Board of the New York Insight Meditation Center.  She holds a BA from Barnard College, and an MBA from New York University.